Imagine yourself sunbathing in your bikinis by the pool and then this creep shows up wearing nothing but his swimming trunks and asks if he can take photos of you. What would you reply?

Ok, so the creep was me but those weren’t my exact words, but along the lines, you know. Luckily I didn’t end up with a black eye or restraining order and what’s even better, Nadia here didn’t immediately reject, but took my number after I showed her the showroom-page from my website.

I setup a studio in my living room having a couple of ideas I wanted to try. First setup was the classic butterfly- or paramount-lighting setup, where the main light is placed directly in front and slightly above of the model. I added a silver reflector in front of her under the main light, to fill in the shadows from below. I also placed a flash with a red gel behind Nadia, pointing towards the wall behind her, to change the color of the background for some of the photos. I think the red complimented her gorgeous blond hair very nicely!

The other setup was done by moving the main light roughly 45 degrees to the right of the camera, slightly lowering it as well. As I used a relatively large softbox as the main light source I didn’t need to fill in the shadows, but instead I added another, smaller softbox as a hair-light to make Nadia’s hair pop out from the background even more.

Now I pretty much have the home-studio setup I need, but it wouldn’t hurt to own a seamless backdrop, the room being 1 meter taller and having black walls to control the spill-light better, but that wouldn’t be a home-studio any more, would it? 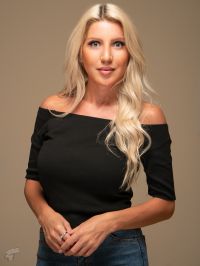 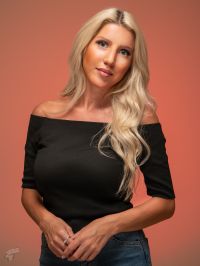 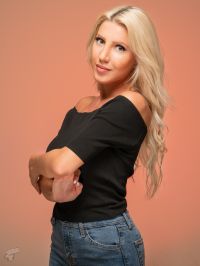 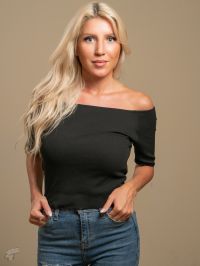